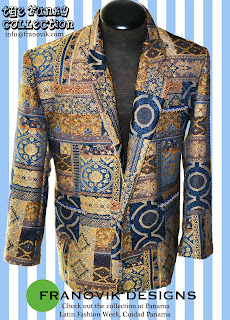 Gentlemen, after creating stunning pieces for the women of the world, we have decided to put out the collection everyone has been waiting for FUNKY by Franovik.

All of the pieces Francisco and I have worn in the past shows were all created by us, it was not available to you, the consumer. Now in a "Landmark" decision we are going to give it a go.

Now our male fans can be seen in "Wearable Pieces of Art" for men. We are proud, overdue but after a small hiatus, Francisco and I regrouped and decided to change gears.

This show promises to the highlight of the year, another important show stopper for the Beautiful city of Panama. I have been to Panama so many times, even want to buy an apartment or house for vacations. 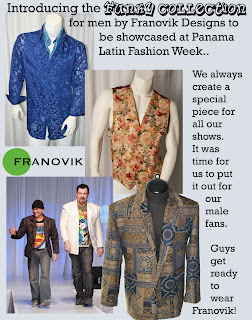 Panama is full of history, the people are friendly, the food amazing, shopping is incredible and cheap, the beautiful sights and I can't forget the Nightlife, it's another Miami or San Juan, these cities are always compared.

Everyone should visit Panama at least once in their lifetime...Actually, you should all make plans to visit Panama in October and head to Panama Latin Fashion Week.

On a personal note, I want to take this time to thank our very special friend, FEDERICO VISUETTI, you have restored our faith in something called friendship. Mucho Exito y Mil Bendiciones para ti y tu familia!!!!
See you there!!!!


Posted by Viktor Franovik at 11:21 AM No comments:

FRANOVIK on their way to Panama Latin Fashion Week 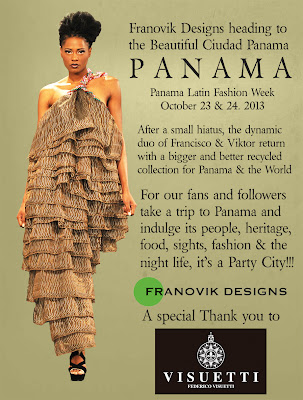 We had the pleasure of participating together in 2009 while doing Funkshion Fashion Week in Miami. Although we did not get to work together we always felt the respect among our peers.

Earlier this year, we almost got the chance to work together again at the DREADFUL NIGHTMARE  Latin fashion show in New York, but as luck had it, Federico was spared the whole ANGUISH, Thank God (TG).

This show promises to the highlight of the year, another important show stopper for the Beautiful city of Panama. I have been to Panama so many times, even want to buy an apartment or house for vacations. 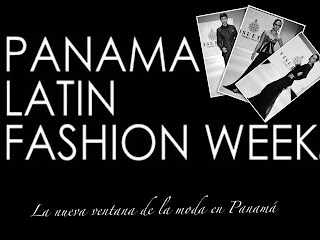 Panama is full of history, the people are friendly, the food amazing, shopping is incredible and cheap, the beautiful sights and I can't forget the Nightlife, it's another Miami or San Juan, these cities are always compared.

Everyone should visit Panama at least once in their lifetime...Actually, you should all make plans to visit Panama in October and head to Panama Latin Fashion Week.

Posted by Viktor Franovik at 8:31 AM 2 comments:

THE MAN BEHIND THE LENS

I had the pleasure of interviewing Don Seidman; although I had written a draft prior to the interview, I really have to re-think this whole article. I need to do all my readers proud.

I was amazed by this Man's life. I knew of some of his accomplishments, mostly his pageant work and the stuff we have done together and, but it was a true joy to learn more about Don and his body of work.


I will start by saying Don Seidman is an American photojournalist primarily working for himself with an extensive resume expanding over 50 years of work and collaboration.


Don being a professional and a perfectionist brought over 5 photo albums and his IPAD for me to look over, we looked at the books one by one and each picture had a story.

At 19, Don served on the USS Saratoga carrier while in the US Navy; while there he received training as a photographer and photographed all the events for 2 years. As part of his duties, in June of 1956 President Dwight (Ike) Eisenhower came on aboard to watch air maneuvers. Don was assigned and had the opportunity to take candid photos of the Eisenhower, the president staff and the fleet.


In August 1957 after being discharged, Don always wanted to play baseball and tried out for the Jacksonville braves, an affiliate of the Milwaukee Braves. Don had the desire but realized he was not going to be a major league player so he went back to first love, photography.

After the season was over he went back to Chicago and landed a job at the Harold Gutsman studios, where he photographed debutants and society wedding. Don also became an agent for New York Life insurance, where he sold life insurance for 12 years.


I was amazed by the stories and the historical events he had pictures of. Don toured Alcatraz after they shout it down, somewhat of the last supper; had pictures of President Dwight Eisenhower and number of celebrities, which he had permission to shoot from their managers and publicists.

Don worked and photographed the Chicago Cubs, Barbizon Models for 30 years, Venus Swimwear for 10 years, and the Rock Group Creed for 2 years. In addition, what blew me away was he worked with the greats from modeling agencies like Eileen Ford from FORD models, Wilhelmina from Wilhelmina Models and John Casablanca from John Casablanca schools and modeling. He's the man!!! 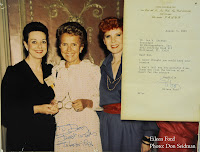 Don also worked with Evil Knievel for 3 years from 1973 to 1976, and yes, he covered the horrific 10 car/3 truck jump where Evil fractured his hand, bruised his back and kidneys. Also covered the 1975 13 single Decker bus jump, where he landed on the last bus, fell and fractured his pelvis, broke his hand and suffered a concussion. 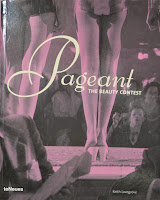 Don has contributed his work in a magazine called Pageants, a book dedicated to all types of pageants; I looked through it and was quite taken, even had a good laugh with some of the pictures.


His combined areas of expertise include pageants (Miss Universe Organization (US states and International), Mrs. World and Mrs. America, sports venues including the 1995 Super Bowl and all its parties, the World Series in 1997, society weddings, fashion shows & shoots, concerts and the Winterfest Boat Parade.

In 1983, Paul Newman was in Fort Lauderdale filming Harry & Son. Don's studio lot was behind the set where they were filming.  Don walked out and asked Mr. Newman if he could take his picture of him and Mr. Newman graciously agreed. What a Guy!!!

In 1990, Don was signed as official souvenir photographer for the Miss Universe Organization. There the concepts of pageant posters, and memorabilia became the normal for the pageant system and was adopted by other pageant systems. That relationship lasted for 22 years, where Don photographed the most beautiful women of the world. (Not a bad job for doing something you love and getting paid for it!)


Don also photographs delegates for the Mrs. America and Mrs. World Pageant for the past 12 years.  Don has driven over one million miles throughout North America and one and a half million air miles worldwide on paid jobs.


Don never took it easy, he worked and worked, had no down time for himself but that's what kept him young. A married man, beautiful wife and raised to beautiful daughters, one a Physician Assistant and the other in Marketing Executive.


Fast forward to 2008, the moment Don and I met it was an immediate click for me. I understood and acknowledged this professionals work. I knew in my heart this man was going to be good for me and Franovik's future.

I have had the pleasure of working with Don and he has given me much joy and amazing pictures. Some even becoming ICONIC images in the fashion industry like our yellow dress. Speaking about our yellow dress, this infamous yellow dress has graced the bodies of Beautiful models; obviously no model has been able to create the flower effect that Morgan Quinn has, and NO photographer has been able to capture or re-create the flower effect like Don has. Actually, one of our garments, shot by Don, graced the cover of Elegant Dreams in May 2013.


Don has done dozens of events and photo shoots for us, including the very first fashion show for Miss Earth United States and Miss Teen Earth, Franovik put on in Las Vegas. I am at ease when I know that he is there and I know that I will get amazing pictures. 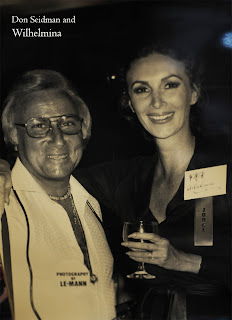 The comments I get from all my models, my hair and make-up artists, is always the same; they love working with him, no attitudes and an ease to work with. He directs the models and we work together with no issues, you must realize, we are both artists in our own right but to work together, putting egos aside to create the perfect work environment is a task in its own but Don makes it seamless.


Don is always on time, always very helpful and always a gentlemen. I have worked with many photographers; but none like Don.


This man is in another league, A League of Extraordinary Gentlemen.


As a token of my appreciation to Don, I wanted to write and showcase this man's work. It's a shame that other people and organizations have not given this man his props. It's been a true honor working with Don and I hope to continue to work with him for many more years.

Posted by Viktor Franovik at 4:19 PM No comments: