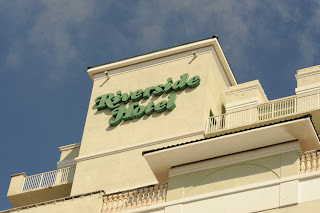 Franovik Designs, http://www.franovik.com/, with the assistance of the Women of the Roundtable, http://www.thewomenoftheroundtable.com/, showcased pieces of the new collection and some other classic pieces in the extraordinary Riverside Hotel.

Among the models were Lauren Goodman, Staci Lyon and Yazmin Villena.

Don, who has over 40 years of experience has worked for Wilhelmina Slater, Eileen Ford, John Casablanca, Barbizon International, just to mention a few. Visit Don’s website, http://www.donseidmanphotographers.com/, and see the wonders of photography. 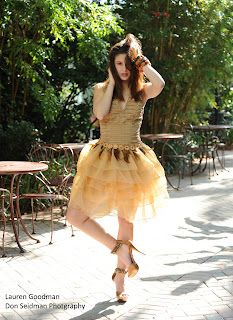 The shoot was taken all around the hotel including the gorgeous “original” chimneys and the intercoastal. I organized lunch for my models and staff. The food and the staff were incredible. We had the Sagamore conference room, which opened out into a lush tropical sitting area, perfect for pictures. Fellow designers, this is the hotel for a photo shoot, any event and/or wedding.

I had my models in our collection, on the second floor balcony overlooking the Las Olas Blvd, It was great. Folks walking and having lunch on Las Olas were looking at the shoot, some were taking pictures and some had video cameras filming the shoot. We were stars on that Balcony.

Staci was waving and saying hello to everyone; especially when a cute car, as she put it, drove by.

On set, Franovik's Lead Designer Francisco Perez; Francisco made sure that all the dressess were placed on the right models and made minor adjustments to each piece. I, had the task to style all models and pieces and this time we had a new make up artist named Rebecca, beckysfaceart@gmail.com.

The Riverside Hotel is also the official host hotel for the Winterfest Boat Parade; where Franovik Designs had a boat in the parade in 2009, a 50 foot Catamaran #87. That year we were sponsors and dressed Lisa Scott-Founds, 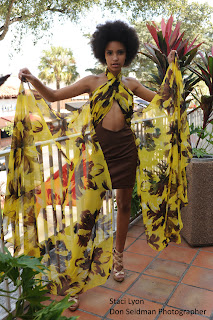 Here is a little history on the Riverside hotel, http://www.riversidehotel.com/.

In the early 1900s, Las Olas made its mark in Fort Lauderdale as a thorough fare between the mainland and the beach. However, it was more than 70 years ago that Las Olas Boulevard became an American icon. The charming yet upscale destination that we know today — filled with boutiques, restaurants and art galleries — started as a vision of the enterprising Wells brothers, Preston and John. In the 1930s, these Chicago businessmen fell in love with the warm and sunny winters of Fort Lauderdale, Florida.

Riverside Hotel is located in the heart of downtown Fort Lauderdale with a combination of traditional and new accommodations and the most spectacular views, on trendy Las Olas Boulevard which features cool sub-tropical breezeways and courtyards alive with sidewalk cafes, lively nightclubs, chic boutiques, art galleries, and world class restaurants.

The only hotel on Las Olas Boulevard, Riverside Hotel features Indigo Restaurant, Golden Lyon Vintage Pub, and Preston’s Wine & Martini Lounge. Guests enjoy the outside pool and sundeck with a beautiful view of the yachts cruising by on the New River just steps away.

Divided by a median of flowers and shady trees, Las Olas Boulevard is Fort Lauderdale’s most desirable location and runs from the center of the Downtown Business District to the Atlantic Ocean and Fort Lauderdale Beach. The name “Las Olas” means “The Waves” in Spanish. 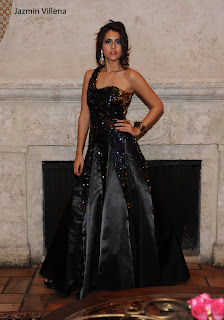 Posted by Viktor Franovik at 9:12 AM No comments: